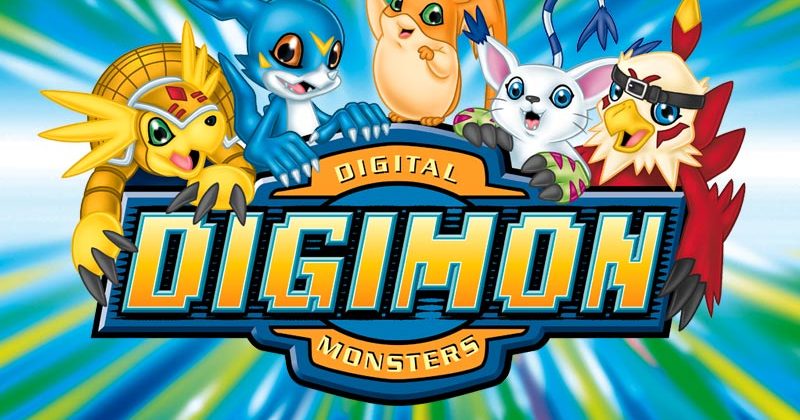 In August of 1998, Wendee Lee called me to audition for a new anime series she was voice directing.  It was called “Digimon: Digital Monsters.” I never heard of the show, but that was soon to change.

I knew Wendee for years, and recently cast her as Lola in the English dub of “Run Lola Run.” Wendee’s a great voice actor, was the perfect choice for the title role, and I played her boyfriend, Manni.

This show was going to be a big project, lots of roles, so every dubbing actor in Los Angeles would be auditioning for this one, including Wendee herself. Lots of voice directors were actors first, and good ones, which is why they made the transition to director.

The Actors “Digimon” Was Looking For

What makes a good dubbing actor?  Well, first and foremost, the quality of their voice. If the microphone doesn’t love their voice, it’s gonna be tough for them to make a living.

Secondly, their dubbing speed. With original animation, actors have more freedom to record their roles, and afterward, the animation is written to their voice. But not in dubbed shows, like the Japanese anime you’ve heard re-recorded into English (“Speed Racer,” “Pokémon,” etc.). Dub actors have to match the lip flaps of the characters already animated! No room for interpretation.

And finally, they have to be a good actor! If someone doesn’t have all three of these qualities, they can forget about getting dub work. The great ones get hired all the time. This is especially true for the fastest dubbers, because in the Entertainment Industry, time is money. The quicker you get done, the more money you save the production, and the more likely they’ll hire you again!

At the “Digimon” auditions, I read for three roles: Gomamon, Gabumon and Matt. The best thing about the audition was I got to see some familiar friendly faces. I produced four shows for Fox Kids and Saban Entertainment, and I had many friends in the building. In fact, I had three different offices in the building over the years.

Rita Acosta Majkut was producing this new show, and it was great seeing her again!  I had known Rita the longest, since before Saban Entertainment took over Fox Kids. In my early days, Rita used to hire me as an actor to dub “Honeybee Hutch” and “Bit the Cupid.”

Then years later, when I became an Executive Producer at Fox Kids, Rita was assigned to be my producer. I had a great working relationship with Rita, and it continues to this day!

Another familiar face at the audition was Terri-Lei O’Malley. When I first met Terri, she was the assistant to Sean Roche, my producing partner at Fox Kids.

Since the Saban/Fox Kids merger, Terri was now New Projects Coordinator. She was very active in the casting of this show. I remember years earlier, Sean brought Terri in on a lot of the post so she could learn producing. I asked Terri if this show was something I could write for, but she told me to forget it. The money wasn’t that good compared to what we used to make at Fox Kids.

Too bad, because after “Run Lola Run,” I had nothing new lined up. But Terri said anytime my writing partner Bob Buchholz and I wanted to write a “Digimon” script, we could.

After the audition, I walked around the Saban building and said hello to some old friends from Fox Kids.

My first stop was Tony Oliver’s office. Tony produced and directed the live-action portions of a show I created, and we became close friends.

I said hello to Eric Rollman, President of Production at Saban. Eric fought and won many battles for me while making four pilots at Fox Kids and Saban.

I even ran into Haim Saban himself in the elevator. Haim, who’s made a gazillion dollars from “Power Rangers,” was very kind to me in those years. He handpicked me and Bob for a lot of projects and introduced us to some giants in show biz.

“Digimon” Had Fans in High Places

The elevator reached the top floor, and Haim and I parted. I was headed to the top floor because my dear friend Maureen Smith had a new office there.

When I met Maureen at Fox Kids, she was Senior Vice President of Scheduling. But she was promoted to President of Fox Family Worldwide, the new name of the now-defunct Family Channel. I was so happy for her new promotion; she really deserved it!

Maureen was happy I was auditioning for “Digimon” because she really liked the project. She told me that she coined the phrase “Digivolve” for when the monsters changed forms. It sounded cool.

Not a Single “Digimon” Role

About three weeks went by, and I didn’t get any of the roles I auditioned for. But Rita called me in to play a few smaller roles.

I showed up at a Fidelity Studios, a small studio in the Valley three minutes from where I lived (NICE!). Wendee Lee wasn’t actually there. Instead, I was surprised to see Richard Epcar directing.

Richard is a great friend and one of my favorite people to work with. Every time we work together, our sessions run long because we spend too much time laughing!

Richard explained Wendee was the main director, but when she wasn’t available, Richard filled in as director. Also filling in was another great friend Michael Sorich and recording engineer/director David Walsh.

Anyway, Richard and I had our usual fun, and I played a bunch of minor characters, including Izzy’s Dad.

Another week went by, and Rita booked me again for a regular role on the show that I never auditioned for. I showed up again at Fidelity, and this time Wendee was directing, and Terri was there, too.

They explained to me that Joshua Seth was playing the lead in “Digimon,” a character named Tai. But he was also playing a ton of other characters, and the whole show was starting to sound like him. So they were taking away a few of Joshua’s roles and giving them to other actors to take over. The part they were giving me was Tentomon.

He looked to me like a mechanical ladybug. Wendee had the engineer play back Joshua’s Tentomon over and over again so I could impersonate him. The best thing to me about this character was he had no mouth, so no lip flaps to match!  Those roles are always the most fun to play!

Incidentally, Terri secretly told me she fought to cast me as Matt, but the higher-ups wanted Michael Reisz.

I continued to play Tentomon and other roles like Kabuterimon and MegaKabuterimon, and then at some point, Bob and I began writing for Digimon.

But that’s another story.

For more content from yours truly, check out the official trailer of my feature film, Fame-ish! (And, I dunno, watch it maybe.)