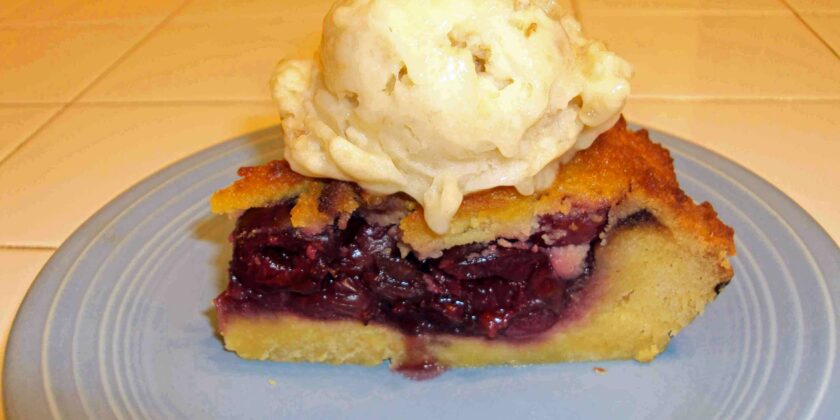 In the early days of my caveman apprenticeship, I would try to make elaborate paleo desserts. Like Cherry Pie à la Mode, made with no grains, sugar, or dairy. It was delicious but took forever, and I have no patience for any of that these days. In keeping with my simple paleo plan, even my desserts have to be easy to make.

So basically, I only eat two kinds of desserts these days. My first go-to is a piece of fruit that’s in season. I’ve eaten a lot of desserts and made a lot of paleo desserts in my time, but nothing any human makes can match the taste of the best chef ever: nature. Navel orange season just ended, but I love them cold from the fridge.

My favorite dessert has always been ice cream. Luckily, I love the paleo substitute too. There’s no cream in it, but it has the exact texture of ice cream even though it’s just frozen bananas whipped up in a food processor. And I eat a lot of them in paleo desserts. You can whip them up into almost any flavor of ice cream you can imagine. The only sugar in the dessert comes from the fruit.

Since quarantine (did you hear there was a pandemic?) I’ve discovered raw cacao butter. I’ve long known about its counterpart raw cacao powder. When you combine the two, with sugar, you get dark chocolate. Add milk, and… you guessed it, milk chocolate. You’re a very good student.

Here’s the kicker: I don’t add sugar. I add frozen banana, which already contains enough sugar to spike a diabetic. So, a warning to all who attempt to make my paleo desserts! If you eat sugar on a regular basis, you might think these desserts aren’t sweet enough. It’s only once you eliminate sugar, like on the paleo diet, that these desserts will taste super sweet to you.

Okay, back to cacao. I melt the raw cacao butter in the microwave and then mix in raw cacao powder. The result will be extremely bitter melted chocolate. After that, I pour the hot mixture over frozen banana ice cream. Suddenly, I have a paleo chocolatey hard shell! You can also make paleo chocolate-dipped strawberries which are truly the perfect end to a romantic meal. One of my new favorite desserts is dipping sliced frozen banana into melted cacao to make paleo bonbons.

Of course, man can’t live on chocolate shell alone (I can’t?). There are plenty of other desserts I enjoy, too. Some with cacao powder and some without. Here are some other ideas for paleo desserts that I’ve enjoyed over the last year under house arrest quarantine.