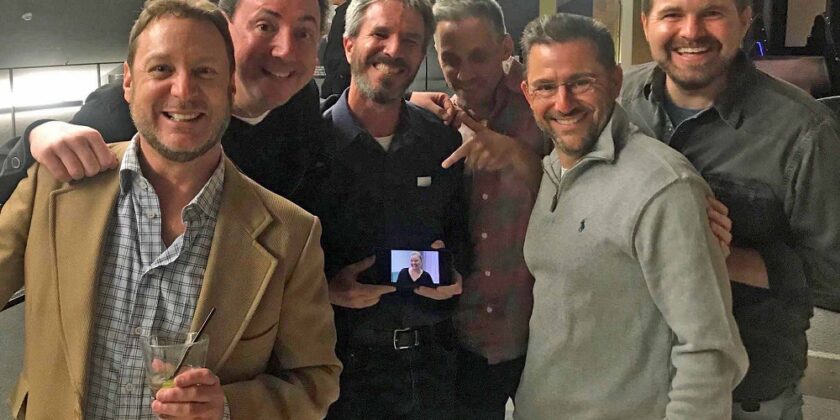 5-Years Ago I Had Brain Surgery

May 17th marks the 5-year anniversary of my brain surgery. This is Part 2 of my story about the event that shaped my life forever. I can literally split my life into 2 parts: Before the surgery, and After. I don’t recommend anyone get a brain tumor. But I highly recommend everyone surviving one. Here’s the rest of the story.

If you remember from Part 1 of this blog, it’s now midnight. After 24 hours of dealing with a massive headache, I was just told I had a brain tumor.

The Second Morning Before My Brain Surgery

It’s now midnight. The ER doctor set me up with an appointment in the morning with a Neurosurgeon. He guessed I would either need radiation, brain surgery, or both! He also gave me a prescription for painkillers and sent me home.

We waited at the pharmacy, for an hour. Turns out the ER doc is a NY transfer and is not licensed to prescribe narcotics in CA yet. “You have to go back to the ER.” Screw that. Greco took me home, with the leftover pain killer they originally gave me in the ER.

The next day my Neurosurgeon told me the headache is not from the optic nerve. He was sure the tumor was hemorrhaging (bleeding). He also said there’s no such thing as a benign brain tumor. It’s doing damage by simply taking up space. My pituitary gland tumor was not uncommon, as the ER doc said. But what’s unique about mine is the size, and the fact it’s bleeding. He agreed with the ER doc, I would definitely need brain surgery, and perhaps radiation later on.

The Neurosurgeon then got on my bad side and remained there for a while. He said, “We won’t know for sure until you get an MRI. The soonest they can get you in is a month.” I assured the doctor, I can’t go another minute, let alone another month. “Please admit me, and use the hospital MRI.” He was worried that if he was wrong, then my insurance would make me pay for the most expensive hotel room of my life. If I wanted my insurance to pay for it, this was the process. “Doesn’t a hemorrhaging brain tumor automatically qualify for admittance?” “I think it’s hemorrhaging, but there’s a one percent chance I’m wrong. That’s an expensive mistake. We need an MRI first before we can discuss any kind of brain surgery.” At least he gave me painkillers. I went home and finally got some sleep.

Mike Leonardo came by after work and realized (as I had) that I would never last a month. He said, “Look, you’re an actor, we go back to the ER, and you act like you’re dying. You’re already in full make-up! And the brain tumor is your prop!” Mike called the third of my triumvirate of best friends, Brian Palermo. The plan was for Brian to pick me up at 6 am and take me back to the ER. Then I’d start acting until I was admitted. It was around then I started to joke that Mike Leonardo was producing my brain surgery.

As luck would have it, I didn’t have to act at all. When Brian arrived, the pain I had described as a TEN the day before, was now a TWELVE. I also took my temperature. 103.5 degrees. We rushed to the ER. They admitted me immediately. At one point my fever was over 105. They gave me medicine to lower it, and gave me Dilaudid, about 8 times stronger than morphine, for the pain. Finally, for the first time in 72 hours, I was pain-free. The MRI indeed showed my brain tumor was hemorrhaging, which was causing the headache. Insurance would cover the bulk of what turned out to be over $150,000 in hospital bills. Brain surgery ain’t cheap!

The rest of the week was mostly spent sleeping from the Dilaudid. But people kept waking me a lot. My heart rate kept dropping. Well, it got up there pretty good every time I woke up with doctors and nurses circling my bed. I’d scream in terror, and they’d all laugh hysterically. Sick bastards. Patients are like Candid Camera for Med Nerds. Also, lots of visits from Leonardo, Greco, and Palermo, or as I call them, The Three Tenors. They pretty much ran my life while I was in the hospital through recovery. Not a single day passes without realizing how grateful I am to have these men as my best friends.

The Neurosurgeon and I were still not getting along. He kept treating me like a casual case. He said, “Stop complaining, I have patients with much worse tumors than you.” I said, “I’m sorry for them, but I have my own tumor to worry about!”

I was about to ask for a second consultation with a new Neurosurgeon when I met my ENT surgeon. “They told me I wouldn’t meet you until the day before my brain surgery.” He said, “Well, I’m here to tell you, your surgery is tomorrow.” He showed me my MRI, and where the tumor was. I asked him how big mine was for reference, and he said about the size of a ping-pong ball, showing me with his fingers.

He also showed me that I have a second brain tumor, in the back of my skull. It was the size of a pinky nail. He said it’s harmless, and will probably never be an issue in my life. “People would be surprised to see all kinds of harmless things if they took an MRI of their brains.”

My ENT also told me that he does most of my brain surgery. He carves a path to the brain, through my sinuses. “And to do so, I have to fix your severe deviated septum. So, you get two surgeries for the price of one!” I said I suspected I had a deviated septum because of my LOUD snoring that tortured sleep-mates over the years. He said, “Well, all you needed to do was get a brain tumor to find out!”

I loved this doctor. He was funny and explained everything in ways I understood. Through humor. I told him I wasn’t so thrilled with the Neurosurgeon at times. But the ENT told me they had been doing this particular brain surgery together as a team for 25 years. So if this is the team, then I decided to trust the team. From then on, I put my complete faith in those two doctors.

The morning of my surgery was stressful, despite the drugs. I was calm, but on the inside, I couldn’t avoid the reality. This could be the last morning of my life. It dominated my thoughts, as I was hyper-aware of all that was going on around me.

An orderly pushes my hospital bed to a corridor outside the Operating Room. There, a series of doctors and nurses prep me for surgery. And everyone was overly friendly to me. Like I was a Make-A-Wish kid. At least I felt that way.

And then I was ready, and I waited alone in the hall, with what might be my last thoughts before brain surgery. As they wheeled me in, my very last thought was, “This is how lots of people must die. Not surrounded by loved ones with soft music playing. But in a cold sterile room, surrounded by strangers.”

When I woke up, I was being wheeled into intensive care, a solo room. Brian was there fielding communications with everyone who needed to know. I was busy too. I was on morphine, floating down the Amazon in a canoe.

I was supposed to be in the hospital for three days. But the next morning, the ENT said I could recover from brain surgery at home. Greco picked me up, and the first thing I wanted was a shower. Because of bacteria in showers, they didn’t want me showering in the hospital.

When that water hit me, I suddenly relaxed. I realized I’ve been pretty tense ever since the ER doc told me I had a brain tumor. I sort of went into producer mode. Producers mostly solve problems. This was all just a problem, let’s solve it. Let’s not get the cast and crew nervous, let’s keep everyone calm and on track. I wouldn’t even let visitors call it a brain tumor. I’d say, “Ah, it’s just a pituitary gland tumor, no big deal.” Then someone would come in and say, “We need another MRI of your brain tumor, blah, blah, blah.”

But as that hot water relaxed me more and more, it suddenly occurred to me in a lightning bolt. “HOLY SHIT, I HAD BRAIN SURGERY YESTERDAY!!!” For the first time, I got scared. Terrified. I broke down in the shower, sobbing like a child.

To tell you the truth, I’m not sure I’ve stopped crying since that shower. I was scared for a while. But with the help of my friends, doctors, and Lexipro (mostly Lexipro), I’ve reached an understanding of my mortality. My health isn’t always great, even after the brain surgery. But I’m okay with that. My grandparents were chased out of Europe; I think I can handle a regimen of pills, injections, and doctor visits.

Most of the crying these days comes from gratitude. My friends are amazing. I did things I set out to do in life and in show business, and I achieved a lot! If this is all the time I have, it’s okay with me. It’s all gravy from here on out. I’m playing with the house money! I try only doing things that bring me joy now. It’s not always possible, but I try my best. Don’t let brain surgery teach that to you. Do the things you love now!