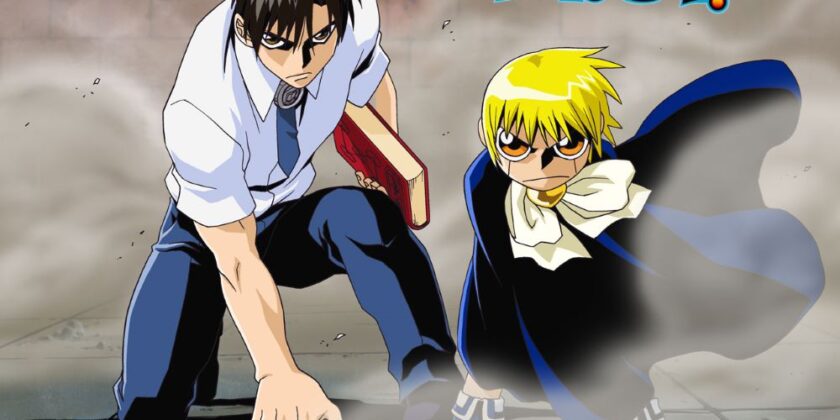 I Finally Say Something Nice about Zatch Bell

My Attitude Towards Zatch Bell

I’m known for my lack of enthusiasm about a certain show about Momodos. In fact, the first question I ever got at a con was, “What do you do when you have to dub a show you hate?” I answered,“I try to polish that turd as hard as I can to make it more entertaining. Of course with a turd like Zatch Bell, you can only polish so much.” I got a big laugh, so I guess people enjoy my Zatch Bashing.

But now I’ve had some years to reflect… and maybe I’m slightly more enthusiastic about it. Maybe it was my state of mind back then, which was insanity. You see, back in 2004, yours truly needed a job. Badly. Here’s the thing about showbiz; when you get paid, you get paid A LOT! But the hard part, is getting paid OFTEN. That can be tricky sometimes.

Before Zatch Bell, I was a big shot. In 2001, I came off a very successful run that included 2 seasons of Digimon and a major motion picture. And then I decided to give it all up. I wanted to work in live-action so badly, I quit a very lucrative career in anime.

Dumb move. I didn’t work for 3 years. You see, when you try to get projects together, no one pays you until you actually sell the idea, or script. And it can take years. And after 3 years, I was out of money, and at my lowest point ever. As a starving artist in the early 90’s, I would’ve killed for Zatch Bell! I struggled so badly, at one point I had to live in my car. And I worked my way up to become a real player in showbiz. And then I lost it all. Close friends were concerned about me. I was concerned about me. I portrayed this part of my life in my film Fame-ish. Suicide was definitely on my mind. A decision was made that I had to go back to anime, just to pay my rent.

The Start of Zatch Bell

So I called up my old friend Jamie Simone at Studiopolis, and told him I was available again. I ran back to anime with my tail between my legs. I wrote him a few pilots, and then Zatch Bell came along, and he picked me to voice direct.

I was grateful to have a show again. Any show. And this qualified. But artistically, it didn’t do much for me. I found it, oh, what’s the word… bad. But VIZ Media gave me a free hand in casting funny people, so that part was very enjoyable.

But it wasn’t “WAHOO, my troubles are over!” My spirit was still pretty broken. And the budget for Zatch was not the budget for Digimon. Viz Media was great, but they weren’t Fox Kids. Everyone was taking a pay cut on this show. But Zatch Bell was better than going broke!

The part I liked best was the casting. Jamie cast the leads, Debi Derryberry, and Jason Spisak, two great, funny people! And he brought in tons of funny people for the multiple guest stars.Colleen O’Shaughnessey as Suzie, and Ponygon’s mom. Dave Wittenberg as Ponygon and Parco Folgore. And Wally Wingert as everyone! So many other great performances, too many to list!

That was by far the fun part.  We laughed a lot while recording Zatch Bell. But for the leads, it was a different story. Not that we didn’t get along, we loved each other! But they had a LOT of lines every episode. And poor Debi had to cry through what seemed like most of them. If there were two things that dress-wearing Momodo loved to do was run around naked, and cry.

And Jason’s character Kiyo had a penchant for explaining things over and over again. That boy LOVED to talk! Jason started calling them Captain Obvious and Exposition Boy. Large chunks of dialogue are never easy to record for ADR actors, and they both had tons.

Now that I reflect back on Zatch Bell, it was a lot more fun that it seemed at the time. When I think of Jason and Debi, I feel like we’ve gone through a war together. Lol. But we definitely laughed through the miserable sessions too. And we took a LOT of breaks. At the time, Jason was driving in from Phoenix. We’d record as many episodes as we could in one or two days with him. Poor guy was exhausted afterwards. But he had me in hysterics making fun of his long speeches. We all did.

But making fun of Zatch Bell almost cost me the show itself! When a show is finished recording, we do what’s called a layback. We marry the new dialogue to a video, so the composer can score around the dialogue. It also gives me a last chance to make sure there are no mistakes, before sending it to the mix. As the episode played, I started making fun of it out loud to the sound engineer. I was pretty brutal!

A few days later the composer told me his workprint had this weird commentary track throughout. I had better erase it before sending it to VIZ for approvals! Holy crap, the engineer forgot to turn the mic off in the booth, and it recorded my busting on Zatch Bell! Can you imagine if the wrong people heard that?! Lol!!!

So I guess now you can officially put me in the Pro-Zatch camp. My memories are all fond, and I hope the others involved feel the same. I’m grateful for the job at the time in my life when I needed one the most. And I’m grateful for the friendships I made and remain to this day.