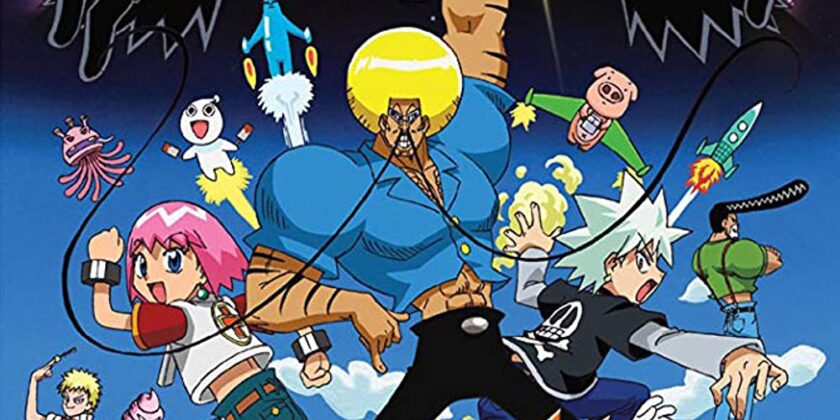 For those of you keeping score at home, that’s 7 Bo’s. But you can add a few Bo’s, or subtract a few, because few know the full name of the show. Even Shonen Jump wasn’t consistent with the name. Most people just call it by the first part, “Bobobo.”

If you think the name is strange, the show is even stranger. But in all the wonderful ways “strange” can be. I haven’t seen anything like it before or since. But I thought with a little network love, Bobobo-bo Bo-bobo could’ve been known as the funniest animated series on TV. And not just anime. 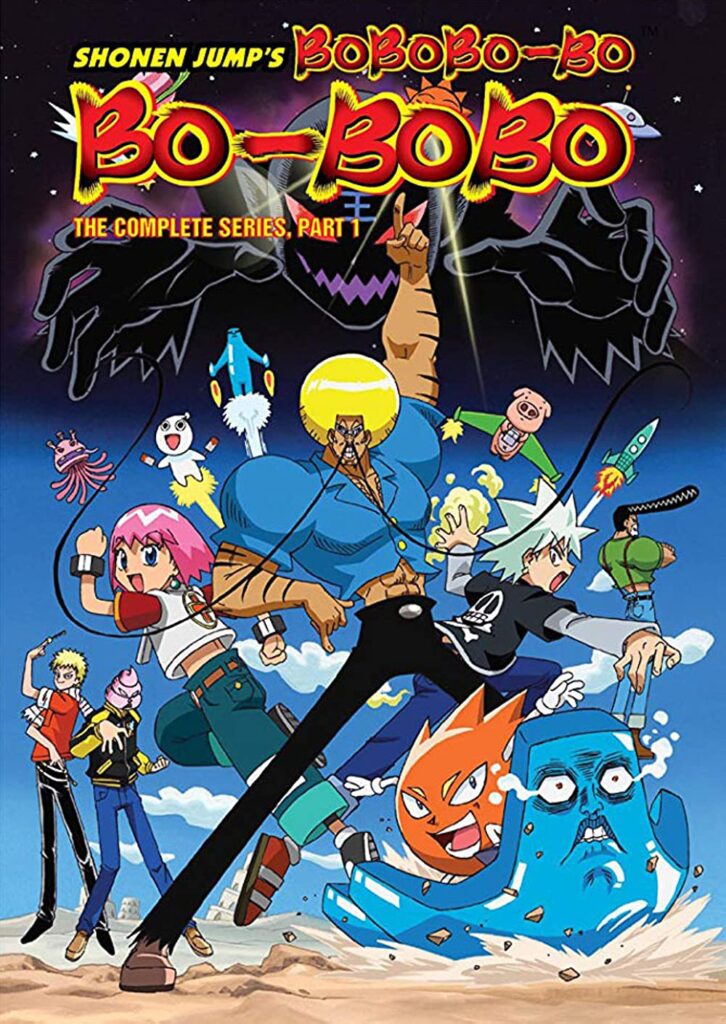 The dub was the brainchild of my dear friend Michael Sorich. Mike’s been in EVERYTHING! And he directed almost everything too! Including Digimon, which he directed BEFORE I did!

He called me and a few others in to adapt the series. Mike played us the pilot, which he adapted and directed. I laughed from beginning to end. He cast another original Digimon director, Richard Epcar, as Bobobo. The superhero with a blonde retro-afro, who’s nose hair knew Kung fu! Richard, one of the funniest guys around, killed it!

And he cast another anime lifer, Steve Kramer, as Bobobo-bo Bo-bobo’s sidekick, Pickle. Pickle, by the way, was a pickle. The late-great Philece Sampler, Kirk Thornton, Jamieson Price, and others rounded out the cast. They were all hysterical.

At the end of the pilot, Bobobo states his mission, and Beauty (Philece) and Pickle decide to join him! But Bobobo says, “Not you, Pickle.” The read of Pickle’s freaked-out reaction, sounded exactly like Kramer being told he’s not the second lead after all. In fact, he was out of the series almost completely! It was a great inside joke for all of us who knew Steve.

So Sorich set the tone with the Bobobo-bo Bo-bobo pilot. He told us to pay little attention to the translation, and just write the funniest script we could. And that’s what we did! In the second episode Don Patch was selling fish cakes, but to me they looked like churros. But he couldn’t sell any, because no one in Japan knew what they were. And so Christmas was ruined! It became a hilarious running gag. I also wrote the Torpedo Girl episode, which many consider the funniest one.

It’s hard to describe the jokes in Bobobo-bo Bo-bobo without context, but context wasn’t a prime goal. The show moved through funny storylines at warped speed, with hair jokes at every turn.

I wound up leaving the staff, in part because I was frustrated with the money. We were in essence writing an original script, not an adapted translation, which is a lot cheaper. But another reason I left was frustration with the lack of marketing. I always felt if they marketed the show a little better, it would get a lot more attention. The work of everyone deserved to be recognized for the hilarious show that it was.

I’m not sure where you can find the Bobobo-bo Bo-bobo English dub. I heard it may be on Crunchyroll. I hope if you can find it, you’ll check it out, and enjoy the show as much as I did writing it!

I Finally Say Something Nice about Zatch Bell