The 94-minute microbudget film is about a washed-up director who succumbs to the pitfalls of a small-time celebrity at an anime convention. Jeff Nimoy directed, produced, wrote and starred in this rom-com, which was released May 11, 2020. The film also stars actors Nikki Boyer, Lex Lang, Brian Donovan, Margo Graff, Allison Powell and Jonathan Fahn.

For Jeff Nimoy, the biggest accomplishment for “Fame-ish” is the fact that his microbudget film got as wide an international distribution deal from Random Media as it did. He wants people to know that it is possible to make a microbudget film and have it become a hit. If “The Blair Witch Project” can reach cult fame, so can your film – and so can “Fame-ish.”

Jeff is also proud that “Fame-ish” was shot at a live convention in Madison, Wisconsin. Now, please note that viewers do not need to know anything about anime or conventions to enjoy the film; it is meant for everyone, especially rom-com watchers. If anything, the movie can give non-anime people a glimpse into the convention world.

The Madison Marriott West Hotel and the Madison airport gave Jeff and his cast and crew amazing access, which made filming the movie possible. In fact, 80% of the film – over 80 pages of script – was shot in six days at the anime convention and airport. Having access to a live convention also meant costumed anime fans were lining up to be shot as extras.

However, due to the casts’ fame, Jeff had to make an interesting choice when it came to the characters’ names: he decided most of the cast would play fictionalized versions of themselves. This was because their real names were on signs, posters and programs, so playing a character named “Robert Smith” would be difficult to pull off when “Jeff Nimoy” is plastered everywhere.

Plus, if a cosplayer came up to Jeff in the middle of a scene and said “Jeff Nimoy,” they would have to cut and start over from scratch. So, like Larry David’s “Curb Your Enthusiasm,” everyone is a caricature of themselves.

Granted, this decision has confused some viewers about the reality of the film. It is not real. Some parts are based on stories Jeff and others have experienced at anime conventions, but the film itself is not autobiographical.

Enjoy this “little breath of fun” that features a catchy soundtrack, a hilarious cast and an awesome time at a live anime convention! Read more about the making of “Fame-ish” here: https://medium.com/@jeffnimoy/rated-covid-19-the-movie-miracle-of-fame-ish-1771d6ec7de9. You can also follow “Fame-ish” online at https://www.facebook.com/fameishmovie/.

A Message from Jeff Nimoy About “Fame-ish” 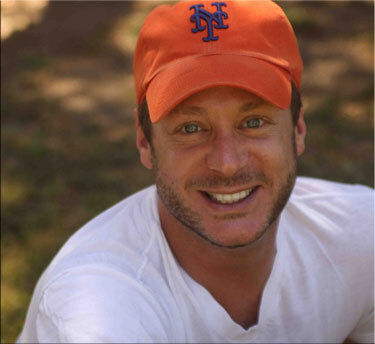 You’re about to hear the name Jeff Nimoy about a trillion times because the character I play in the film is also named Jeff Nimoy who, in both the film and in real life, is an anime superstar. We filmed at an anime convention in Madison, Wisconsin, and while filming, we also actually attended the convention as guests.

And because there were signs, T-shirts and programs with our names on/in it, I didn’t want to say my name is Steve Smith and, in the middle of a scene, a fan asks “Mr. Nimoy, can I get your autography?” So, like “Curb Your Enthusiasm,” we are all playing caricatures of ourselves.

I want you to remember this because it is NOT an autobiographical film. I don’t want you sitting there and wondering, “Did that really happen to him?” It did not. It is fictional. So don’t get too upset – it’s just a movie.

I’d like to tell you how and why this film came about.

It all started back when I had a terrific job with a terrific company called Bellum Entertainment. I was the supervising producer for a very funny clip show called “Crazy Wheels,” and life was good.

One Wednesday night in May of 2017, I suddenly got the headaches of headaches. Flash forward to the ER, a CAT scan revealed I had a Ping-Pong-ball-sized brain tumor.

Anyway, after I recovered from brain surgery, I got back to work, and as luck would have it, only a few weeks later, the owner of that fantastic company embezzled all the company’s money and suddenly, the staff of over 20 shows in production were out of work, including mine (it was in the trades and everything!).

So, having a new lease on life and no job, I decided this was a perfect time to make a movie. I had written three screenplays in the past that were produced, but I didn’t get to direct any of them. I had written several others for me to direct, but I was never able to secure any financing. But a near-death experience will move your bucket list up significantly, so I was done asking permission.

So, I took a year off to make the movie. I wrote “Fame-ish,” a romantic comedy set at an anime convention. A com-con/rom-com, if you will. I then partnered with Geek Kon in Madison, Wisconsin, to shoot there. They flew us all out and put us up in return for being guests at the con in between filming. We shot for parts of 12 days, and for the scenes that took place at the con that weekend, I created a workflow to be able to shoot 80 pages of the screenplay in about 71 hours of actual work.

And we did it! A Herculean task, to say the least. I couldn’t be prouder of my cast and crew. The fact a little movie like this got an international distribution deal is something we can all be proud to put our names on! I hope you enjoy watching the movie as much as we enjoyed making it!