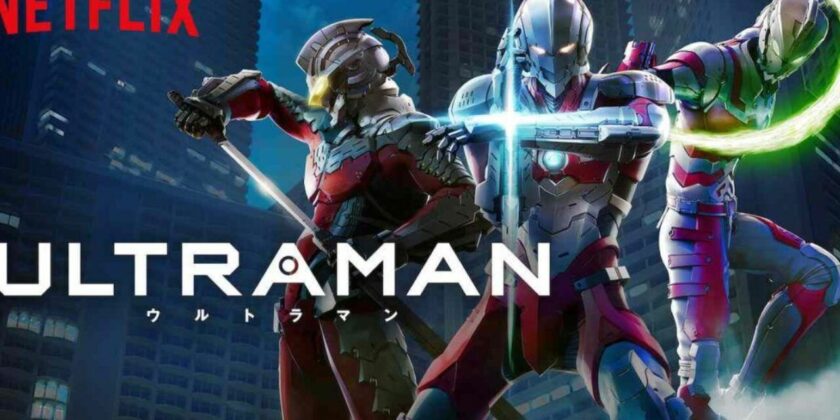 Early in 2019, I was putting the finishing touches on my film, “Fame-ish,” when producer Jamie Simone contacted me. Jamie and I went way back to my Fox Kids days when he was with Saban. Since then, he had started his own studio called Studiopolis, where I had worked many times.

Jamie and I did “Zatch Bell,” “Naruto,” “Digimon Data Squad” and “Bleach” together, just to name a few shows. Jamie wanted to know if I was interested in voice directing again for Netflix projects. So I started adapting and voice directing again, after a break from dubbing for about eight years.

It was on one of these shows where I met and worked with the amazing D.C. Douglas. We hit it off immediately and became fast friends. D.C. thought it would be great if I directed the next show Jamie was producing. D.C. had a part but couldn’t talk about it. But my spies soon told me it was a new anime version of “Ultraman.”

For those that don’t know, “Ultraman” has been around since before I was born! It was done by the same Japanese production company that made the old Godzilla movies. Usually, it involved someone in a monster suit, fighting an actor dressed as Ultraman. Fun, campy and perfect for the 1960s! When I asked Jamie if he had a director yet, he didn’t but thought I’d be perfect for it. I was in!

I did some research on the franchise and watched the new Netflix series in Japanese with English subtitles. I instantly loved it! It brought me back to the series I knew as a kid but with a darker tone. Plus, the new animation was incredible! It wasn’t classic anime at all. More of a combo of anime and motion capture.

Jamie and I went over the cast. I switched roles for D.C. and Fred Tatasciore, thinking they’d both be better in the other role, and Jamie agreed. Other than that, I loved everyone Jamie cast! Only one problem.

We had no Ultraman. There were offers out to some name actors, but we didn’t have a deal yet! So we started recording without a lead.

Being away from dubbing for so long introduced a whole new crop of great voice actors I never met. Actors like Robbie Daymond and Gunner Sizemore. But for the actors I knew, it was like a homecoming. People like Fred Tatasciore, Steve Blum and Doug Erholtz. Guys I’ve known and loved working with for over 20 years. Our sessions were a laugh-fest for the most part.

Eventually, I got word that we had our Ultraman. Josh Hutcherson, one of the stars of the “The Hunger Games” films. Excellent choice! Josh and I got along great right away. We both love film and television, and between us, we’ve seen a lot of it! We talked all the time about our favorite shows and movies, and recommended lots of new gems for each other.

But we eventually became laser-focused on “Family Guy” references. We are both big fans, and anytime something went wrong, one or both us would slip into Bruce crying, “Oh nooooo!”

Once it started airing, the reviews were mostly very good! I was very happy with the way the series turned out. Netflix already announced another season, but who knows when that will, or if they’ll ask me back.

But I’d love to come back and direct all those wonderful actors again and find out what happens to Ultraman next. We all need a superhero these days!

For more content from yours truly, check out the official trailer of my feature-length film, Fame-ish. It’s available for rent and purchase on YouTube, so that’s pretty cool. Check it out!