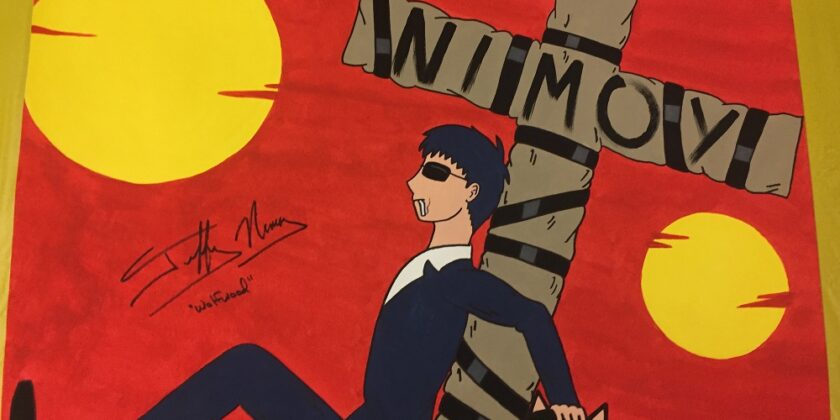 5-Years Ago I Had a Brain Tumor

May 17th marks the 5-year anniversary of me having surgery to remove a ping-pong ball sized brain tumor. It still freaks me out to even see it written on the page as I type it. Like it happened to someone else. Those kinds of things always happen to someone else. So, when it happens to you, it’s kind of shocking. Like you’re suddenly starring in The Truman Show.

I’ve written about my brain surgery here and there, but nothing in-depth. Could be cathartic to blog about, and you may find it interesting, or terrifying, or maybe even helpful. This is the whole story of my brain tumor, as it happened to me, five years ago. Part I.

(The TV show I worked on when I first got sick)

Before the Brain Tumor

So, one of the things I’m asked most is, were there any signs beforehand? Yes, there were a lot. But they came in the form of little ailments over the previous 5 years. I would be exhausted after about 3 innings of softball, and had to rest. For about a year one of my vocal cords became partially paralyzed. I started gaining weight no matter how much I ate paleo. And there were some embarrassing symptoms of the brain tumor too. I couldn’t maintain an erection, and I developed new breast tissue. It turns out my body no longer made testosterone, and my estrogen levels rose (combined with some other tasty hormones). Years later I would make impotence an issue for my character in “Fame-ish.” Write what you know, I guess.

I saw doctors about all these issues I was experiencing. Not one of them said, “I think you have a brain tumor.” Instead, I got, “Well, you’re about to turn 50. You lose energy and your metabolism slows down as you grow old. Your pecker too! Welcome to Middle-Age, son, take a free pair of reading glasses on your way out.”

The Brain Tumor Continues to Grow

These doctors could have discovered I had no testosterone, cortisol, thyroid, and other hormones with a simple blood test. But not a single doctor ordered one in five years of symptoms. If they did, they might say, “Hey, all these hormones are missing, maybe we should check his pituitary gland. He might have a brain tumor!”

(Tekko airport sign used to pick me up. I used it in Fame-ish)

One month Before the Brain Tumor

I was at a Saturday night VIP party at Tekko, an anime convention in Pittsburgh. It had been a fun con, and this party had some really expensive Japanese whiskey I was enjoying. That is, until a 6’ 3” cosplayer sneezed downhill into my glass. Assuming there was a brain tumor sized loogie in my glass, I put it down and went straight to bed.

Sunday morning I woke up with the worse cold of my life. I was miserable all day, and the flight home to Los Angeles. I went to the doctor, and he said I had a virus. “It’s got to run its course.” Come to think of it, the vocal cord doc said that was a virus too. A brain tumor never came up.

Two Weeks Before the Brain Tumor

Two weeks later, I was still sick as a dog for Hanadoki 2017 in San Diego. It could barely to talk at panels. I spent almost the whole time in my room, suffering. When the cold lasted 4 weeks, people at work were alarmed. Especially my buddy Mike Leonardo. Mike’s one of my best friends, and was then my boss on a show I was Supervising Producer on. He had no clue it was a brain tumor either. But he suspected it wasn’t just a virus.

Finally, it seemed to get better. For about 3 days I was “healthy” again, and relieved.

The Night of the Brain Tumor

About 10pm on Wednesday night, May 9th, I suddenly got a headache. It was bad. Concerned, since I rarely got headaches in my entire life, I started wondering where it was coming from. My best guess was I was having a reaction to taking all those cold medication for a month. I definitely didn’t guess brain tumor. I tried to go to sleep, thinking it would be gone in the morning. But I couldn’t sleep. The pain was getting worse. About 2am I started to feel nauseous. I was actually shocked to think I was about to vomit. Was this all brought on by food poisoning? These questions raced through my mind as I managed to crawl to the toilet in time to throw-up. It wasn’t ordinary vomiting either, it was retching. Even after there was nothing left in my stomach to expunge.

Still, in my mind, I didn’t want to go to the ER for a headache. A brain tumor was still not one of my guesses for what’s causing this, I can assure you. I painfully waited until 8am, and drove myself to an Urgent Care.

The Morning of the Brain Tumor

About half-way there I realized I never should have driven myself. The pain was so intense I could barely concentrate on the road. Plus, I still hadn’t slept. It’s strange how stupid smart people can get when experiencing that kind of pain. I arrived at Urgent Care early because I wanted to be the first patient seen. The doctor saw me, diagnosed me with a migraine, possibly brought on by yet another virus. By the way, there were no viruses, they were all one brain tumor.

I went to the pharmacy to get the migraine medication, clutching the steering wheel as the pain increased every minute. Back at home, I text Mike Leonardo to let him know. I said I’m gonna try to sleep for a few hours, and then I’ll come into the office later.

11:00 am, no sleep, pain is increasing. I call the doctor at Urgent Care and ask how long it takes the medicine to kick in. She was concerned it hadn’t, and told me to immediately go to the ER and get a CT scan. It was the first time “brain tumor” was mentioned by any doctor at any time.

This time I took an Uber. Figured I’d save the money of an ambulance. I politely asked the driver if it’s okay we didn’t talk, because I wasn’t feeling well. When we got to the hospital, he asked where I wanted to be dropped off. I said the ER. He said, “Wow, you REALLY don’t feel well.

The Morning of the Brain Tumor

The ER at St. Joseph’s hospital in Burbank happened to be right across the street from our office building. Leonardo said he’d stop in on his lunch break to check in on me. He was sure I’d be waiting a long time since I wasn’t bleeding. Later we found out the brain tumor was actually bleeding, but no one knew that yet.

I found a seat next to a wall because I could barely hold my head up, let alone stand. Leonardo walked in at some point, saw me slumped against the wall, and put on a big fake smile. I know Mike very well. When I saw him fake smile, I knew I looked really bad, and he was worried.

The Afternoon of the Brain Tumor

“Hey buddy, I’m just gonna check with the desk nurse for a second, be right back,” he said smiling. Mike told the nurse, “My friend looks like he’s going to die in that chair any minute. Can we please get him in there!” He was Shirley MacLaine in “Terms of Endearment.” Instead of “Give my daughter the shot!” it was “My friend might have a brain tumor!”

He came back and told me, with a big fake smile, “You’re next.”

Once I was inside, they finally gave me something for the pain. I slept for the first time in 40 hours. But only for about 40 minutes. Every sound rang in my head like an explosion. I whispered to Mike to please ask the people next to us to stop shouting. He whispered back, “They’re not.”

Still, a brain tumor was not on my mind, albeit on my pituitary.

(Mike Leonardo and Michael P. Greco at the Fame-ish Premiere)

The Evening of the Brain Tumor

At 5pm Leonardo had to pick up his kids, so he called Michael P. Greco, another of my best friends. He needed someone to stay with me. Greco, the star and co-creator of the podcast, Strange Air, drove up from Playa to Burbank in LA rush-hour traffic.

I remember I eventually had to go to the bathroom. A nurse and Leonardo helped me get up and walk. I’m in a gown, wires and tubes attaching me to all kinds of equipment. Just before we get to the bathroom, Greco entered the ER and saw me. He had that same fake smile on his face that Leonardo had when he saw me. “This guy looks like he’s dying from a brain tumor.”

The Night of the Brain Tumor

Finally, at 11 pm, the doctor told me and Greco the results of the CT scan. He read the report aloud, as he read it himself for the first time. “Ok, no meningitis, which is good, I was worried about that. No infection, good. Oh. You do have a pretty sizable benign tumor up against your optic nerve. That’s probably what’s causing your headache. You also don’t have…”

“Excuse me, Doc, but you’re burying the lede. I have a what, where, and how do you know it’s benign?” I asked.

“Oh, we can tell from the CT scan, we see this kind of brain tumor all the time. But never usually this big.” I looked at Greco. “I have a tumor in my head,” I said as a matter-of fact. “Apparently so,” Greco replied in a matter of fact response.

Next blog will pick up right from here. Stay tuned for pharmacy fiascos, acting my way back into the hospital, fighting with my Neurologist, and so much more! And of course… BRAIN SURGERY!!! Don’t miss Part II, coming soon!

The Bugs Bunny Rap
5-Years Ago I Had Brain Surgery